By Eatlean In all blogs, Dessert Blogs

5 Of The Weirdest Desserts From Around The World

The UK has its fair share of desserts that might sound weird but which we all take for granted – cheesecake and carrot cake are just two examples that use ingredients you might not expect to find in a sweet dessert.

With that in mind, we’ve found five of the weirdest desserts from elsewhere in the world, which might be common in other cultures but will probably sound unusual if you haven’t heard of them before. 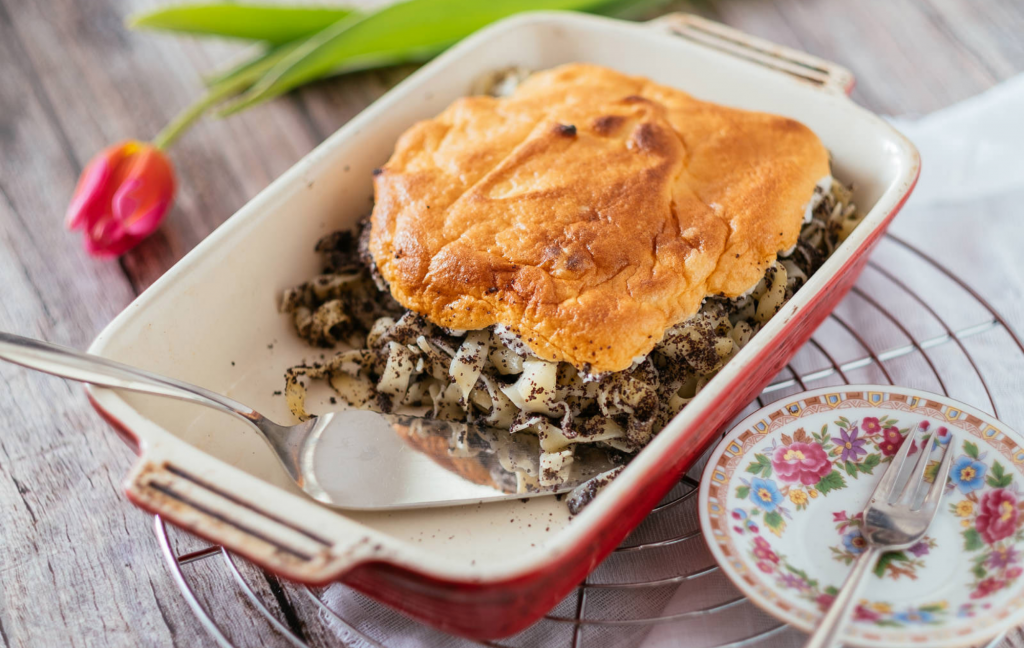 To begin with, it’s useful to know that ‘makos’ is the Hungarian name for poppyseeds. Makowki, also known as Makos Guba, is a sweet dessert that combines poppyseeds with bread. So far, so good. That’s where Makos Teszta comes in – instead of using bread, this version uses pasta.

As a result, it’s normal in Hungary to see a plate piled with cooked tagliatelle, sprinkled heavily with sugar and poppyseeds. Other than a pasta dressing of melted butter, there’s nothing else to this weird dessert recipe, so it’s one you can easily try at home.

You might not find its appearance too appetising, but don’t knock it till you try it – the buttery pasta combines surprisingly well with the poppyseeds and sprinkled sugar, and it’s incredibly quick and easy to make. 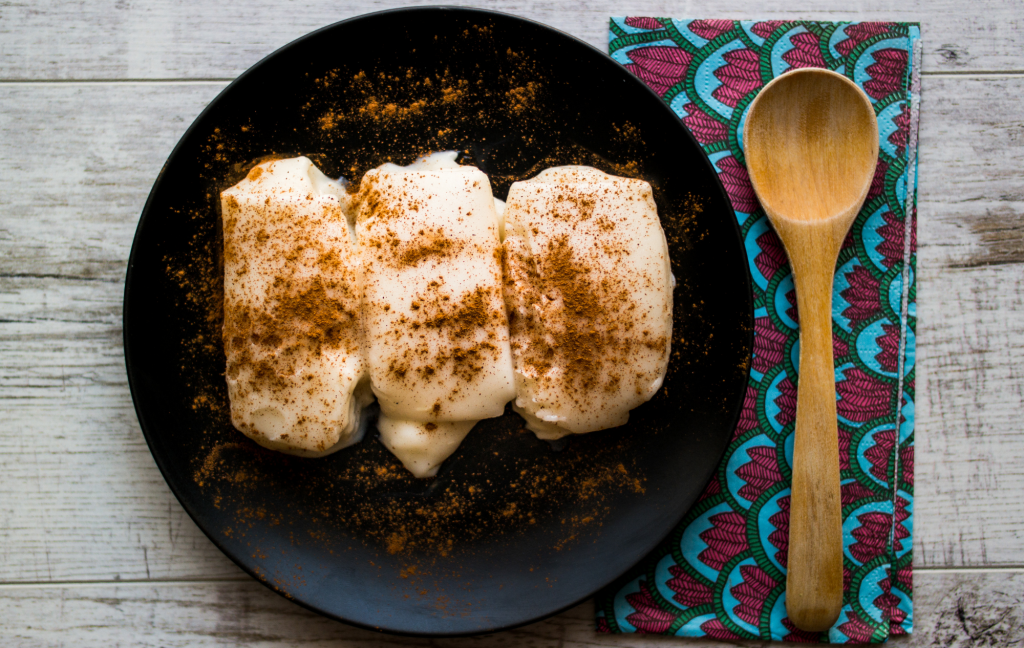 Even weirder is Tavuk Gogsu, a traditional Turkish dessert that was a favourite among the ruling classes of the Ottoman Empire. Milk, rice flour, cinnamon and sugar mix together to create a milk pudding which, so far, probably sounds quite normal.

The twist with Tavuk Gogsu is that the pudding also contains finely shredded chicken breast. In fact, the name translates directly into English as ‘Chicken Breast’, so there’s no hiding the meat content here! White chicken breast meat packs protein into the pudding, but there’s no obvious chicken flavour in the finished product.

A serving of Tavuk Gogsu is still a popular afternoon treat throughout Turkey, often served with a cup of traditional Turkish tea or coffee. It’s a definite must-try experience if you’re ever travelling in the country, and a quirky recipe idea to try to make at home too. 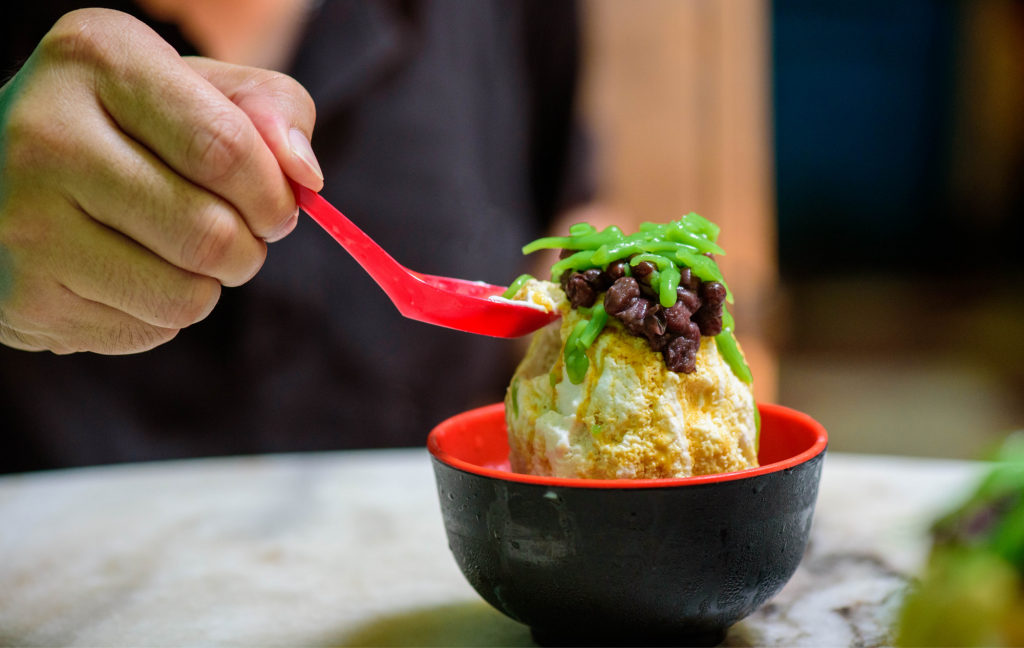 Depending where you are in the world, Cendol is either a layered iced dessert with coconut milk and sugar syrup, or refers only to the top layer of the dessert – and that’s where you’ll find the weirdness. On top of an otherwise quite normal sundae-style dessert, there are bright green ‘worms’ of jelly noodles.

In an authentic recipe, the colour comes from the inclusion of pandan leaves, and the noodles are not too sweet, as in the finished dessert the sugar syrup provides plenty of sweetness. Presented in a tall sundae glass, or sometimes simply in a dish, a complete Cendol combines the soft jelly texture with creamy coconut milk and crunchy ice, so there’s plenty of texture to get your teeth into.

The bright green colour of the noodles and their worm-like shape can be off-putting to foreigners, but Cendol has some A-list fans. In 2017 during a visit to Indonesia, US President Barack Obama was quoted as saying he was on the hunt for Cendol, as he wanted to try the dessert for himself. 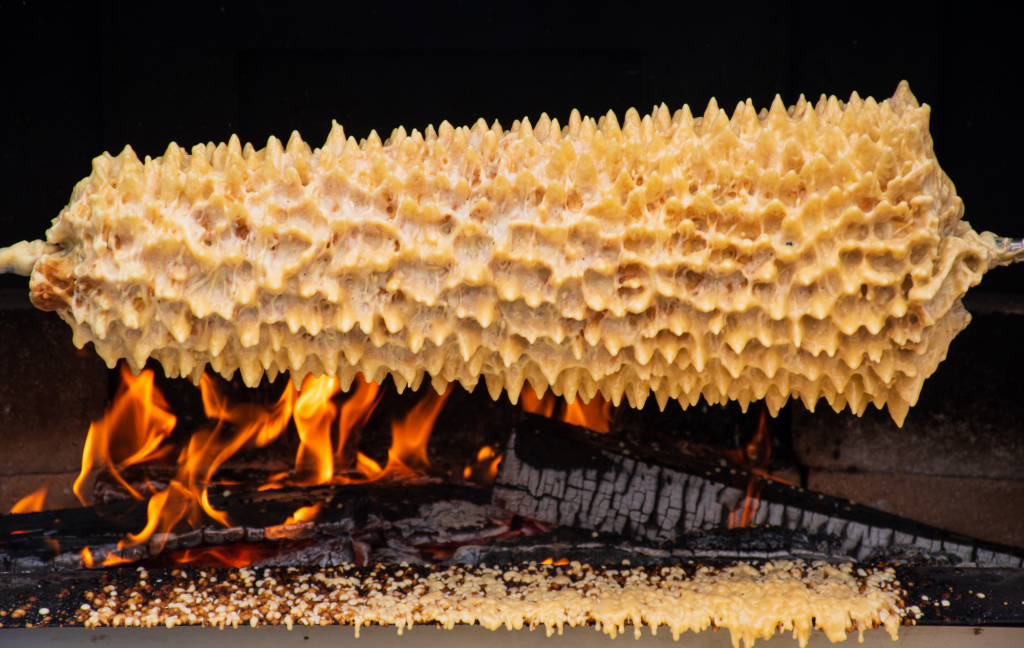 The Lithuanian dessert Sakotis, which means ‘branched’, is also known simply as Tree Cake. Its ingredients are nothing strange – flour, eggs, cream and sugar are the core components, and there’s nothing bizarre lurking in there like shredded chicken. But the cooking process, which can take around five hours, is what gives this showstopper its distinctive shape.

Once the cake batter has been mixed, it is layered on to a rotating spit and the Tree Cake begins to take shape, one layer at a time. As the ‘trunk’ grows thicker, the speed of rotation is increased, and this leads to the batter forming branch-like spikes.

The final tree shape seems a natural fit for Christmas, but Sakotis is served all year round at all kinds of Lithuanian celebrations and may be decorated with a drizzle of chocolate to create a centrepiece for Easter, Christmas or a wedding banquet. 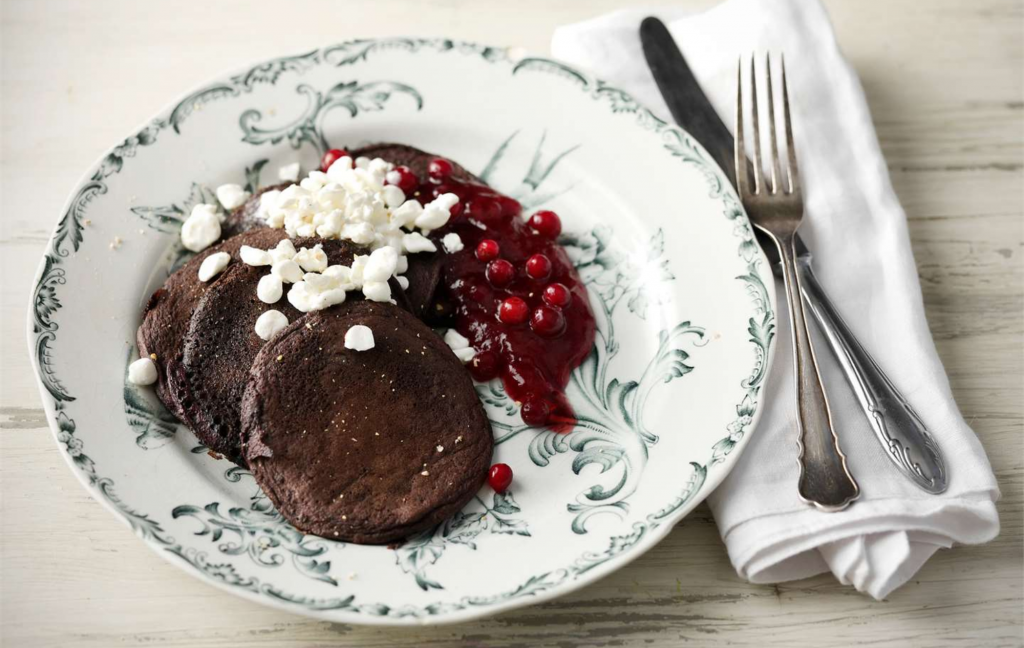 Veriohukainen is the Finnish name for a snack known in Swedish as Blodplättar – and that might give you a clue as to the unusual ingredient in this recipe. To use their English name, Blood Pancakes are thin, crisp rounds of fried pancake batter made using pigs’ blood, flour, eggs and either water or pilsner beer.

Like black pudding in the UK, Veriohukainen are one of those foods that many people try without knowing what’s inside, and are widely regarded as being extremely delicious when served with a generous topping of lingonberry jam.

These Scandinavian treats are a common feature on ‘weird desserts’ lists, but are also eaten for breakfast. Because blood is high in protein, it makes a good alternative to eggs in order to set you up for the day. You can even buy pre-made Blood Pancakes in some shops in the region, in the same way you might pick up a pack of American-style pancakes or waffles.