By Ben Coomber In all blogs, Healthy Eating Blogs 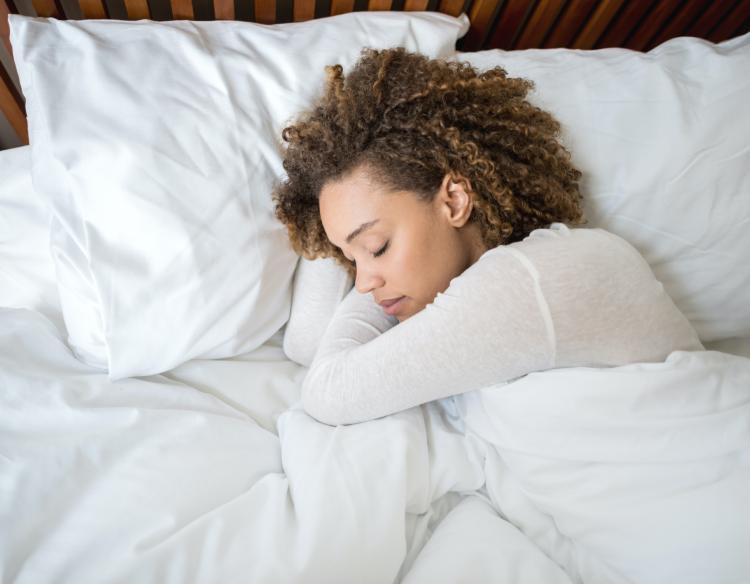 Sleep: It’s something we all know that we ‘should’ do, and we may fleetingly know that there’s a recommendation made somewhere which tells us we need about 8 hours of it per night in order to live. Or something like that.

But sleep, much like hydration, is something that often gets ignored in the modern world because, honestly, we CAN manage on very little sleep for quite a long time. So long as we have coffee and willpower!  As such, the importance of sleep, and even a good healthy low calorie breakfast, has taken a bit of a knock in recent years.

We have gone from 17th Century writer, William Dekker referring to sleep as “The Golden Chain which ties our health and our bodies together”. To Margaret Thatcher stating that “Sleep is for wimps” – and this attitude towards sleep, as a waste of time which could be spent doing other things, has permeated into the rest of society.

Artificial light allows us to stay up long after humans would ordinarily have gone to sleep. Whilst alarm clocks let us wake up before we are ready. Coffee keeps us going and our modern lifestyles, shift patterns and general habits all demand that we cut sleep back to the bare minimum to fit it all in.

A survey done on U.S. citizens found that most people get around 5-6 hours of sleep per night. But the National Sleep Foundation recommend that we get 7-9 throughout adulthood. This large sleep deficit can have far-reaching consequences to your health, your gym performance, your recovery from exercise, your ability to work hard and perform as well as possible at your job, and even your waistline.

Getting 5-6 hours of sleep might be ‘enough to function’. But it’s not optimal for most people (granted, 7-9 is an average, and 6 might be enough for some whereas others need 10). By achieving an optimal amount of sleep, you will reap a host of benefits which I’ll detail here. After I tell you WHY you should be sleeping better, I’ll go on to give some practical tips to increase both the duration and quality of your sleeping hours.

Why Should You Sleep Better?

Again. Much like hydration, WHY you should bother is a legitimate question. If you’re managing to survive now, and of course if you’re feeling OK, then you must be getting by with 5-6 hours. Right?

Maybe not. Losing even one hour of sleep can affect cognitive function and even cardiovascular health. Cutting back on sleep has severe consequences, and to explain why I’m going to go a little into what actually happens between the time that you close your eyes and when your alarm goes off.

Sleep isn’t a single thing; it’s a multi-stage process that happens in waves. We cycle through 4 stages of progressively deeper sleep and then the most eventful one. REM or Rapid Eye Movement sleep, named in this way because your eyelids flicker rapidly back and forth. It is this REM stage that is important. Here is where your body shuts down a lot of processes and gets to work on bringing you back to full working order. It actually paralyses you, so that you don’t act out your dreams, but also allow systemic repairs to happen, and to conserve energy for all of the maintenance that goes on.

These stages happen in an undulating fashion (up and down), rather than a linear one, so you’ll be in stage 1, then 3, then REM, then 3, then 4, then 2, then REM, etc. It’s random and unpredictable! But each cycle of REM and non-REM sleep typically lasts around 90 minutes in total. With the period of time spent in REM sleep increasing cycle to cycle.

You need to be in an optimal state to achieve full cycles. Though, and it’s very possible for you to sleep 8 hours and only achieve REM sleep once or twice. This would lead to a lot of the same issues experienced by those who barely sleep at all despite the hours spent under the covers!

Let’s talk first about mental performance and cognitive function. During the day, your brain communicates with the rest of your body using things called neurotransmitters. These neurotransmitters work all over your nervous system to send messages and make you do stuff. But they are probably most active in your brain at any one time. They are vital for messages to be sent across your ‘synapses’ which are little connections from one neuron (brain cell) to the next.

It is during sleep that a lot of these neurotransmitters are regenerated. So if you aren’t getting enough sleep it’s very likely that your brain won’t be able to pass messages as effectively as it usually would. This leads to poor concentration, lower IQ, uncoordinated movements, difficulty in focusing and even less forceful muscle contractions. This leads me nicely to exercise performance.

Because muscle contraction, force and power output are reduced, exercise performance suffers, often quite dramatically. This is exacerbated if you compete in or play a sport that requires a great deal of skill and concentration like…almost all of them! Additionally, not only will performance dip but because it is during sleep that muscle, bone and joint repair happens to the highest degree, a lack of sleep will hamper recovery and even adaptations to exercise. Not good.

During sleep, you release something called growth hormone (GH). GH is what is used, during childhood, to make you grow taller. But in adulthood it’s used for tissue repair, thickening skin, strengthening bones and increasing muscle mass. By foregoing a large amount of this hormonal release by avoiding sleep, we cut back on these benefits, most notably skin thickening.

Ever notice that people who work shifts including the night shift tend to, over time, look older?

A lack of sleep and a high amount of stress causes an elevated release of a hormone called cortisol (more on this in the week on stress – he’s a good guy with a dark side when he’s called upon too often). Cortisol, when elevated more than it’s supposed to be, has some pretty nasty effects. One of which is the breaking down of collagen in your skin, which is the protein that gives you youthful elasticity.

In short, cortisol breaks down the thing in your skin that stops it from sagging, and a lack of growth hormone means that this damage can’t be repaired. Nor is extra collagen laid down. All of this adds up to the fact that a lack of sleep, even if you ‘feel OK’, will age you a lot faster. This is irreversible (no matter which expensive creams you buy).

A lack of sleep is very closely correlated to heart conditions, stroke and diabetes – to the point that it’s estimated that 90% of people with insomnia will also later develop another health complaint. The mechanisms by which this happens are complex, inter-connected and individual. But suffice it to say that there is more to under-sleeping than feeling a bit more tired.

And that leads me to one last thing about under-sleeping. It can lead to weight gain. Various studies have assessed the relationship between sleep, appetite and weight and the results are conclusive. Those who sleep less than they should burn fewer calories during the day because they are tired, and they feel a greater amount of hunger. They are hungry more often, hungrier when they get hungry, and it takes more food for them to feel satisfied.

If your goal is to improve performance, look good, feel good or just lose weight, sleep HAS to become a priority! One reason we are conquering this before we even start talking about food, and that’s now going to form the first tip below….

Sleep – we all know how we feel after a bad nights sleep, just plain lousy. Nailing sleep and getting a good nights shut eye every night is so important to feeling awesome, and I want you to feel awesome every day, as this will lead to so many other benefits in your quest for the newer, improved, you. Apply the tips, get in bed on time (I’d aim to be in bed for 10pm and asleep for 10.30pm if you wake at a normal-ish time for 6.30-7.30am) and reap all the benefits. Trust me on this, you’re going to feel so much better for it.